We are proud to announce our keynote presenters for ACMC 2014:

He is Emeritus Professor of the University of Wollongong and Southern Cross University where he was Foundation Vice-Chancellor (1994-2000). He is also the first musician to hold the Chair of Australian Studies at Harvard University (2000-2001). In 2011 he commenced his appointment as Dean of the Faculty of VCA and MCM at the University of Melbourne.

With premieres and performances of his works in Japan, North and South America, Europe, the UK and Australia, Barry Conyngham has over seventy published works and over thirty recordings featuring his compositions.

He has been involved with a number of arts organisations including the World Music Council, Opera Australia, the Australia Council, the Australian Music Centre and the Swiss Global Artistic Foundation. 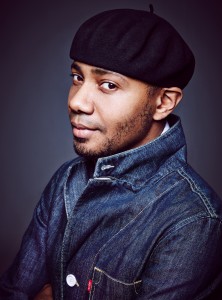 Born in 1970 in Washington D.C., Paul D. Miller is an artist, writer, and musician working in New York. Miller is best known under the moniker of his “constructed persona” as “DJ Spooky That Subliminal Kid.”

Miller’s work as a media artist has appeared in the Whitney Biennial; The Venice Biennial for Architecture (2000); the Ludwig Museum in Cologne, Germany; Kunsthalle, Vienna; The Andy Warhol Museum in Pittsburgh and many other museums and galleries. His video installation “New York Is Now” was exhibited in the Africa Pavilion of the 52 Venice Biennial 2007, and the Miami/Art Basel fair of 2007.

Miller’s award-winning book “Rhythm Science” was published by MIT Press 2004, and was followed by “Sound Unbound,” an anthology of writings on electronic music and digital media, published in 2008. His newest book, “The Book of Ice”, was published in July 2011 by Mark Batty Publisher. His latest, large-scale multimedia performance piece is “Terra Nova: Sinfonia Antarctica”, commissioned by the Brooklyn Academy of Music/Next Wave Festival and other highly respected presenters.